Alimony: No longer the big tax write off 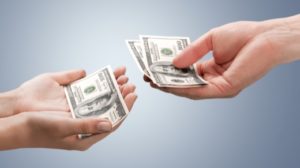 In a move that’s supposed to create $6.9 billion dollars in revenue for the federal government, the tax burden for those paying alimony has now shifted in favor of those receiving payments — not paying them.

The new “divorce penalty” for alimony tax will go into effect for any divorce settlement after 2018. This comes following years of a system where the person paying alimony could claim the payments on their taxes, and getting that money back in the form of a refund come April.

This same system saw the alimony recipient paying taxes at the end of the year on the money they received — almost like someone who worked as an independent contractor would have to pay year-end taxes on a 1099 form. The federal government has determined they could save more money by taking away deductions as opposed to taxing received alimony payments.

One important detail to point out is there has been a long-reported trend by the IRS where they number of people reporting deductions for alimony payments has vastly outweighed the number of people paying taxes on alimony received. Under this new system, the federal government hopes to incentivize those who are receiving payments to come forward and report the income.

This, in theory, will balance out that numbers discrepancy to something more even-handed and in-turn create a surplus of revenue.  But that’s just an explanation of why this new rule went into effect, there’s a whole other expected shift in how people deal with alimony from here on out.

Now, it’s quite the opposite. Those who need to pay alimony won’t get a government kickback at the end of tax season, making it much more costly if you’re the one tasked by the court to make alimony payments. From here on out, a divorce can be even more costly than before.

Now more than ever it’s important to have the right legal counsel at your side during divorce proceedings. Paying alimony is more expensive than ever now, so don’t be the one stuck footing the bill. Call divorce attorney Lauren Taylor and let her handle your case. Save some money in your divorce case by calling 843-790-9009 .

READ  Getting A Divorce in Greenville, South Carolina
Summary