Why you need a Greenville Criminal Defense Lawyer

If you have been arrested and charged with a crime in Greenville, South Carolina, it can be confusing to know where to turn. A common concern involves the cost associated with hiring a criminal defense attorney in Greenville, SC. While cost can certainly be a concern, the reality is that the expense is often far less than many people imagine, with attorneys eager to assist clients for a reasonable fee.

Though cost is one of many factors worth considering when shopping for a criminal defense lawyer, it is important to keep in mind the many benefits of relying on an experienced attorney. For one thing, your lawyer will take on the burden of understanding the law, court procedures, deadlines, etc. Rather than struggle to understand what’s happening around you, an experienced criminal defense attorney is there to serve as your guide, helping and explaining as you move through what can be a confusing and tiring process.

Another benefit of hiring a Greenville criminal defense lawyer is that you can rely on an advocate, someone knowledgeable who can speak on your behalf. After being arrested, many people want to tell their stories, explaining to prosecutors and others why they are innocent. The problem is that by speaking on your own you may inadvertently harm your case rather than help it.

An experienced criminal defense attorney can be relied on to hear all the details and then act on that information in a way that will help, rather than hurt, you.

Timing is Important in your Criminal Defense Case

As with many things, timing is crucial when it comes to hiring a Greenville criminal defense lawyer . You may be inclined to wait, sitting on your hands while you consider your options. This is often a big mistake. For one thing, waiting increases the amount of time you will have direct contact with police officers, investigators and judges without a lawyer there to assist and advise. Another problem with waiting is that plea-bargaining is best done early on.

In fact, early intervention after an arrest but before the filing for formal charges might help in avoiding the charges entirely by negotiating a mutually agreeable alternative. Even if you have been charged, acting early to begin the evidence gathering or plea-bargaining with prosecutors is important to get the case started on the right foot. It’s always better to be ahead of the ball than behind it, especially when something as important as your freedom is at stake.

What if you just want to plead Guilty?

In some cases, a defendant may not want to fight his or her criminal charges, instead choosing to plead guilty. Though this may be the best decision in some cases, it is still important to hire and rely on the training of a Greenville criminal defense lawyer before agreeing to plead guilty. A attorney will know how to best handle the plea and can likely engage in negotiation with the prosecutor to either a lesser charge or ensure more lenient punishment. Simply announcing to the prosecutor that you want to plead guilty before running it past an attorney will likely result in a much worse deal than a skilled lawyer could negotiate on your behalf.

A criminal defense lawyer in Greenville, SC might also uncover evidence to show that while you may think you are guilty, your rights were violated along the way and that evidence of your guilt may be inadmissible. It’s never wise to assume that you are guilty without first consulting an attorney with a background in criminal defense who can better advise you regarding the strength of your case.

Finally, even if you do decide to plead guilty, it’s a good idea to have a seasoned criminal defense attorney there with you every step of the way. The lawyer can and will ensure that your rights are protected and that proper procedure is followed by the prosecutor, judge, police officers, etc., keeping in mind that they work for you and are there to watch out for your best interest.

There are many different kinds of crimes that a person can be punished for in South Carolina. Generally, crimes fall under several large umbrellas such as drug crime, sex crime, violent crime and theft crime. Drug crimes include things like possession and trafficking as well as distribution. Sex crimes include rape and some assaults. Violent crimes refer to murder, assault, battery and even burglary. Finally, shoplifting, grand theft, forgery, receiving stolen goods and robbery are all examples of theft crimes.

Many people think of court as being one place, not realizing that there are many different facets to the justice system. Besides the basic difference between criminal and civil matters, there is another division in the criminal justice world; between state and federal crimes.

At its most basic level, the difference between state and federal crimes is that state crimes break state laws while federal crimes break federal laws. Some crimes obviously fall under both categories and can be prosecuted in either system, depending on the interest of federal or state prosecutors to pursue the case.

The vast majority of crimes committed fall under the “state” umbrella and these include things like assault, robbery, domestic violence, theft and rape. Federal crimes are handled by government agencies like the FBI or IRS and include things such as computer crime, gun crimes, hate crimes, major drug trafficking, money laundering, major thefts, etc.

Most people are confused about the differences between felonies and misdemeanors, often muddling the two. Misdemeanors refer to those crimes that are punished with fines and some jail time, usually less than one year. Jail time is served in local or county jails rather than state or federal institutions. Given the lighter punishment, these crimes tend to be less serious and trials/plea deals often move much faster.

Felonies, on the other hand, are the most serious type of crime and are often categorized by degree, with the first degree being the most serious. Punishment for conviction of a felony can be steep, including large fines and prison sentences greater than one year. If you’re convicted of a felony you will generally serve your time in a state or federal institution.

Beyond jail time and possible fines, a felony conviction brings other, longer lasting trouble. Convicted felons are often required to identify themselves on job applications and can face restrictions when it comes to housing, teaching, purchasing firearms and even serving in the military. The long-term penalties associated with a felony conviction illustrate why it is so important to hire experienced Greenville criminal defense lawyers to fight on your behalf.

It’s rarely discussed, but the reality is that the vast majority of criminal cases are resolved before they ever get to a jury. This is because plea-bargaining occurs well before trial and both sides (the prosecutor and the attorney) try to reach a mutually acceptable deal to avoid the uncertainty of moving forward.

The simplest explanation is that in a plea bargain, the defendant agrees to plead guilty to one or more charges. The reality is that the defendant is almost always pleading guilty to lesser changes or to receive a more lenient sentence, otherwise there would be no incentive to go ahead and plead guilty. Plea-bargaining can be incredibly helpful for everyone involved. For judges and courts, plea-bargaining reduces the workload by allowing parties to reach deals without wasting valuable and finite judicial resources. For prosecutors, plea-bargaining takes away the risk of losing in front of a jury and letting a defendant off without punishment. For defendants, plea-bargaining allows you reduce the severity of your punishment and avoid the gamble that often comes with taking a case all the way to trial.

Importance of a Vigorous Defense 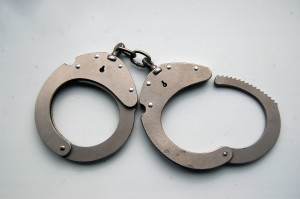 If you are suspected of a crime, you may be feeling a combination of anger, confusion and fear. It can be intimidating to feel that the vast resources of the government are against you. But an arrest is not a conviction. Those who know the law understand that your arrest is evidence of nothing. But this is also why it’s key to be represented by a defense attorney you can trust.

Why should you hire Criminal Defense Lawyer Lauren Taylor?

Summary
Reviewer
Marjorie Chabot
Review Date
2013-04-30
Reviewed Item
Sometimes in life you end up in situations that you never imagined and for me that was going through a divorce. Lauren and her team were prepared every step of the process and made sure all of my options were explained and understood. I can’t thank them enough for helping get my case settled before trial. A great team to work with and have on your side at a time of need.
Author Rating
5