If you need legal assistance with family law issues, including:

Contact us to get experienced legal help and a personal plan of action to help you take the next steps with confidence.

What are the Grounds for Divorce in South Carolina?

Though it is still possible to ask for a divorce based on one of these grounds, fault-based divorce has grown increasingly unpopular in favor of the no-fault option.

The fifth ground, one year’s separation, is the no-fault basis. Unlike some states, South Carolina does not recognize “irreconcilable differences” as a valid ground for divorce. Instead, your divorce attorney will advise that the last ground (living separate and apart without cohabitation for a period of one year) is the only no-fault ground for divorce. This has become increasingly popular as couples try to avoid the nasty fights that come with blaming someone for the breakup of a marriage.

Rather than pin the demise of the relationship on one person, no-fault divorce allows both parties to accept responsibility and move on without finger-pointing.

Difference Between Legal and Physical Custody

Legal custody refers to which parent has the legal ability to make decisions on matters impacting the child. An experienced divorce attorney knows that legal custody is typically divided into four areas: religion, education, medical, and extracurricular. These four areas can all rest in the hands of only one parent or they can be shared between the two.

There’s no right or wrong way to divide custody, it depends on the particular circumstances of your case and what works for your family. With our family law legal services, our attorneys are able to help you navigate through the process.

How is Child Support Determined?

In South Carolina, the legislature has largely taken the guesswork out of the child support process for divorce attorneys. Rather than wonder (and often worry) about how much you may be required to pay in child support, you can quickly perform a calculation by reviewing the state’s Child Support Calculator (http://www.state.sc.us/dss/csed/calculator.htm).

Child support is largely determined by formula now, unless your income is exceptionally high, in which case other factors are taken into consideration. Generally, support is determined by taking the estimated expenses for children and then apportioning those expenses between the parents based on custody obligations and income.

How is Property Split in a Divorce?

There are two ways of dividing property in a divorce: one is a community property approach and the other involves equitable division. A seasoned divorce attorney knows that South Carolina is one of the states that embrace the equitable division approach when it comes to the division of property.

How does Equitable Division Work?

Equitable division requires first determining what property qualifies as separate and what property qualifies as a marital or joint asset. Separate property is generally seen as any property that was owned by a party prior to the marriage. For example, an expensive ring you purchased before getting married would remain yours after a divorce, as this would likely be found to be separate property. 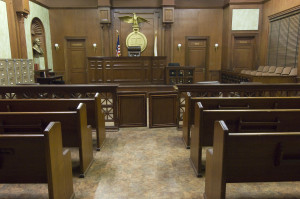 Your divorce attorney will explain that separate property also includes gifts received during the course of the marriage that were specifically directed at only one spouse or inheritance received by one spouse (though only if that inheritance remains separate and is not comingled with joint assets).

Separate property is, as the name implies, separate, and is not included in the equitable division process.

Once separate property has been taken out of the mix, what’s left is likely marital. This marital estate must then be divided equitably between the parties. It’s worth mentioning that equitable does not necessarily mean equal. Though most people expect a 50/50 division, a professional divorce attorney knows this is not always the case.

A judge may decide that one spouse deserves a bit more or less than half, the goal is fairness, not necessarily a strict split.

What Happens to the House?

When a couple divorces one of, if not the largest asset they own will likely be the marital residence. It can be confusing to know what to do with the house as emotion and finance are all entangled with one another. Though many people want to remain in the house for the sake of the children and to hold onto old memories, this may not be your best bet. After all, the house was purchased and maintained by both you and your former spouse.

Your divorce attorney will advise that what you have to decide going forward is whether you will be able to afford, maintain, and care for the same house on your own. Putting yourself in dire financial straits merely to keep your children from moving does not make sense in the long run and can jeopardize your financial future.

If it is financially feasible for one party to remain in the house, he or she will then need to compensate the other party for his or her share of the property. This can happen by either buying out your spouse’s interest in the home (assuming you have the money) or, if not, using other jointly held assets to offset this interest.

For example, rather than paying your spouse for his or her half of the house, you can offset this by giving up your share of retirement accounts or stocks. Be mindful that if one party is keeping the house he or she will also need to grapple with refinancing, something that can be more of a challenge than many expect.

How Long will Divorce Take?

The length of the divorce depends on a multitude of factors, including the complexity of the case, the jurisdiction your case was filed in, the financial amount at stake, whether children and custody determinations are required and, most important of all, your relationship with your spouse.

Though it can be hard for some people to understand, especially when in the midst of a painful divorce, the couple largely determines the direction, intensity, and length of a divorce.

Though divorce attorneys are the ones filing the paperwork and arguing in court, it’s the husband and wife that dictate how those attorneys behave and what motions are filed (or not filed). 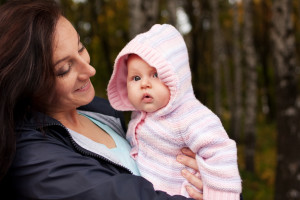 If you are determined to drag out the divorce, either because you aren’t ready to leave your spouse or because you’re angry and want to punish him or her, you can do it.

If you and your spouse refuse to cooperate and stake out diametrically opposite positions on every issue in your divorce, that’s another way to guarantee a lengthy ordeal. In these kinds of cases, a year or more is not at all uncommon.

That being said, if you and your spouse intend to divorce speedily and with as little fuss as possible, that can also happen. In these cases, divorce may only take several months from start to finish. The choice is almost always yours.

How Much will the Divorce Cost?

Just like with the duration, the ultimate cost of the divorce is largely up to the participants. If you want to a relatively inexpensive divorce, the choice is again yours. If, on the other hand, you insist on fighting over every last picture or article of clothing, expect the cost to balloon.

You dictate how aggressive or cooperative your divorce attorney is, after all, they work for you. If you want to bury your spouse in motions and paperwork you can, but you need to understand that the time spent preparing and responding will all be paid out of your joint accounts.

It’s absolutely true that some divorces require time and money. If your spouse is hiding money, if your financial issues are especially complex, if there are issues involving your children or custody that need to be specially addressed. These are all good examples of when taking time (and spending a bit extra money) can be worthwhile.

However, it is often the case that a divorce takes time and sucks away badly needed money simply because the parties cannot get along and are working through emotional pain by using their attorneys to battle each other. Though it may feel good to use the courts to bog your spouse down, remember that at the end of the day the money spent on divorce attorneys will all come out of the pool of money you and your spouse will ultimately split.