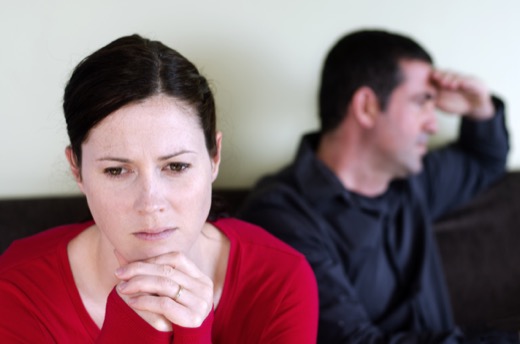 Imagine you are married and you have heavy suspicions your spouse has been cheating on you.  You’ve seen not-so-secret texts on your spouse’s phone suggesting your spouse planned to meet with their mistress when you were not home.  You’ve heard gossip from your mutual friends of an affair.  But no one has seen this purported side relationship in person.  You are doubtful that this is enough proof to establish adultery as a ground for fault-based divorce in South Carolina.

To establish an adultery claim in South Carolina, you will need to prove two components:

However, you will need more evidence to establish opportunity to have the affair.  To prove this you must show where your spouse is regularly in a private place alone with their alleged mistress with an opportunity to consummate the affair.

Who Has the Burden of Proving Adultery?

While South Carolina case law is varied on what the burden of proof is for determining adultery, it is clear that the spouse trying to get divorced on grounds of adultery has the burden of first establishing a prima facie case of adultery.  The majority of South Carolina cases have cited to a “mixed” burden of proof or “clear preponderance of the evidence.”  Specifically, numerous cases have used the terminology that “Proof of adultery must be clear and positive and the infidelity must be established by a clear preponderance of the evidence.”  Gorecki v. Gorecki, 387 S.C. 626 (Ct. App. 2010), McLaurin v. McLaurin, 294 S.C. 132 (Ct. App. 1987).

Do I Have to Have Eyewitness Testimony to Prove Adultery?

Not necessarily.  While South Carolina courts have found direct evidence is not necessary to prove adultery, it would be favorable to establishing your claim.  Specifically, the Court of Appeals of South Carolina noted in Prevatte v. Prevatte, 297 S.C. 345 (1989), that “Because adultery, by its very nature, is an activity which takes place in private, it may be proved by circumstantial evidence.”  The Court of Appeals elaborated in Fulton v. Fulton, 293 S.C. 146 (1987) that adultery is “clandestine” in nature so getting explicit evidence and eyewitness testimony is hardly ever achievable.  Accordingly, the Court found that you can prove the elements of motive and opportunity by circumstantial evidence.  Indeed, in Griffith v. Griffith, the Court of Appeals found courts could draw an adverse assumption against a spouse if he or she asserts the Fifth Amendment privilege against self-incrimination when asked to testify about alleged adultery.

If I Prove Adultery, What Are the Consequences for My Divorce?

There are several factors that are impacted by a finding of adultery in a South Carolina divorce:

There are several key takeaways from South Carolina case law on adultery that are helpful to bear in mind when trying to gather proof of adultery:

If you are trying to seek a fault-based divorce on the grounds of adultery, you should hire the dedicated Greenville, South Carolina family law attorney at Lauren Taylor Law to help you evaluate your evidence and determine whether you have sufficient proof to establish your spouse’s infidelity. Contact us today for a case evaluation!